We have compiled a list of 7 Practical Tips for visiting Russia that can be useful to those who are going to go to Russia for a long time or for a couple of days. 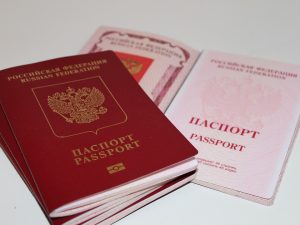 However, there are ambiguities. According to how the text of the law is written, it seems that you don’t have to register at all if you do not spend seven days in a row in the same city. However, it is recommended to register as soon as you arrive to Russia, as well as in every subsequent city of your trip.

The hotels must register you automatically. If you stayed in a private apartment, then the owner of the house must go to the local police department or to the post office to register you. If you have a work visa, then your employer will take care of this. If you are traveling on a tourist visa, then the travel agency that sent your invitation should help you.

Despite the fact that in theory all hotels must register foreigners, some do not. You should always call the hotel at the time of booking and ask if they register, if it is not written on their website.

One American also told us a story about a bus carrier who refused to sell them a ticket to Finland, since there were previously problems with crossing the border from citizens of some countries. The same happens to foreigners who travel to China by bus from the Far East. Specify in advance if you intend to use a private carrier to cross the border.

Dimytrii Tupikin
Dimytrii Tupikin is the founder and president of RussianLessonOnline, which provides Russian language training geared to the members of the English-speaking business community. He also designed and developed a comprehensive online language training program which has been very successful to his happy clients. He received a Bachelor of Arts in 2012 and Master of Arts Major in International Relations in 2015 from Kiev International University.

5 Very Important Things You Should do with Russians

1. Take off your shoes when you go into someone’s house. Usually, Russian apartments are carpeted. Often these are expensive Persian carpets with intricate patterns …

International marriage has become very popular these days. You can learn how to date and even get into a romantic relationship with a Russian woman …

5 Things To Avoid Doing With Russians

1. Do Not Joke About Parents Russians are not politically correct, so you are free to tell anecdotes based on gender and ethnic stereotypes. But …